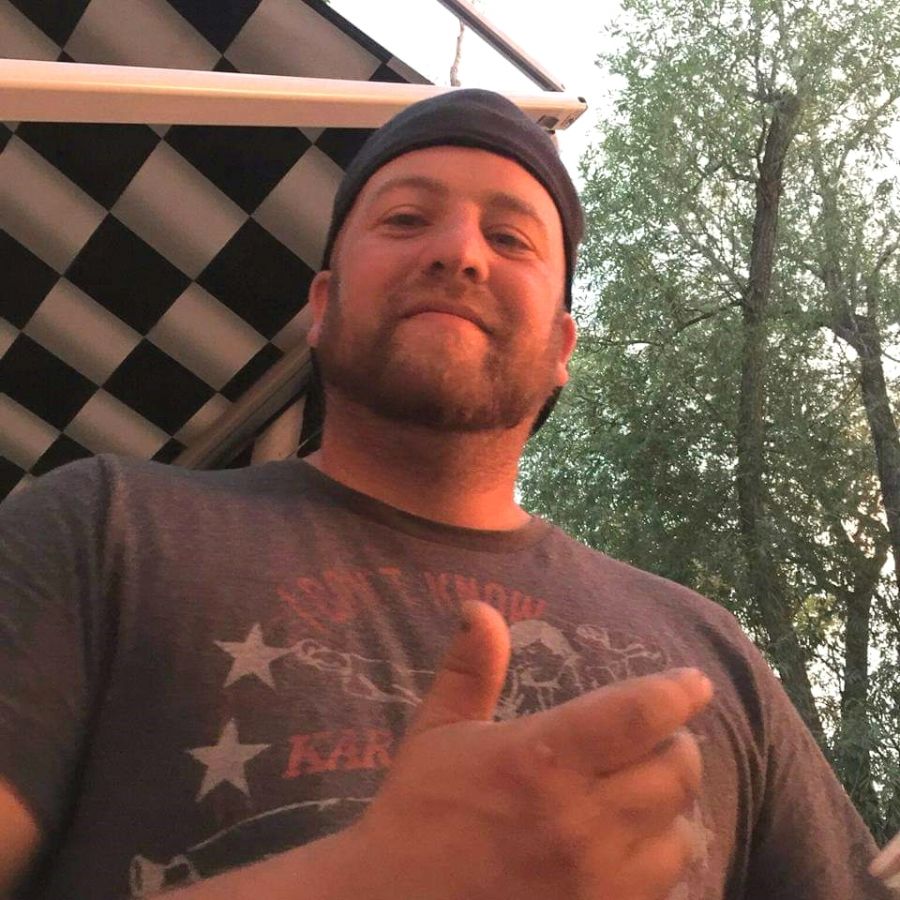 Trevor attended school in Preston Idaho and graduated from Preston High School in 2003. During his High School years, he was very involved in the FFA program and won many awards. He was the president of the FFA his senior year. As a teenager, he worked with various local farmers, often with some of his cousins.

At age nineteen he took a job at J.M. Mechanical to work in the commercial division installing the ductwork for many businesses and temples across the United States. After nine years he went to work in the oil field working on the rigs. He worked in North Dakota, Wyoming, and Montana. Trevor purchased his own home in Preston Idaho at age 22 and lived there until his death. He loved anything that took him outdoors like hunting, camping, sitting around a campfire with his friends, four-wheeling, and just going out to target practice using his various firearms. Trevor loved his fur baby, Guy, probably more than just about anything. He took Guy with him wherever he could from the time Guy was a puppy. One of things he wanted to make sure of is that we were going to take good care of Guy after he was gone. He was so excited to be able to come home from the hospital and see him. He missed him so much.

Trevor is survived by his parents, Kim and Julie Johnson, sister Tina (Corey) Shell, brother, Tyrel (Christina) Johnson, nephews Kasen and Carter Shell, and Parker and Collin Johnson. Grandfather, Albert Reed Moosman. He is also survived by many aunts, uncles, and cousins. He was preceded in death by his sister, Alicia Johnson, Grandparents Frank and Maxine Johnson, and Grandmother, Gail Moosman.

A graveside memorial service for family and close friends will be held Saturday, May 14, 2022, at 12 noon at the Preston City Cemetery

Please share a favorite memory of Trevor or offer condolences to the family by leaving a tribute on this page.