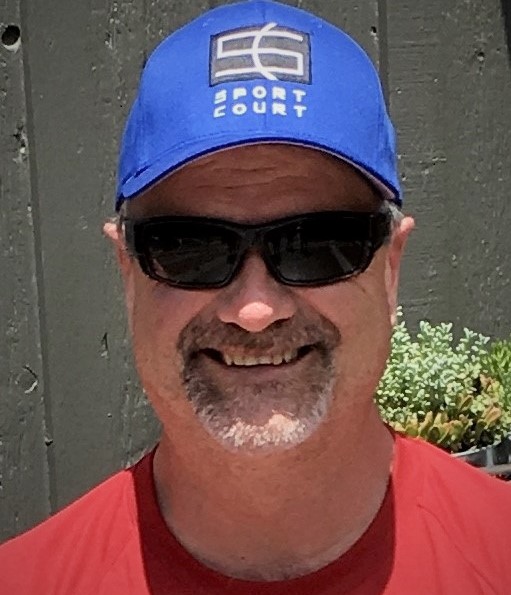 Lyman Marc Hirschi, beloved husband, father, grandfather, brother, and uncle, passed away September 3, 2021, at McKay-Dee Hospital in Ogden, Utah, surrounded by his wife and children. Marc was born May 28, 1955, to Lyman and Helen Hirschi in Montpelier, Idaho, the third of five children and grew up in Geneva, Idaho. He worked on the family farm until he went to work at Agrium, where he retired after 27 years.

Marc was an avid hunter, and his love of the outdoors was immense. He felt a calmness when he was in the mountains. Marc valued his family and friends. He cherished his children and grandchildren; they were his pride and joy. He had many lifelong friends; he was loyal and provided support to anyone who needed him. He was loved by his siblings and extended family. Marc's wit will be missed by all.

His passing will leave a void in the lives of all who knew him. His family is taking great comfort in knowing he is reunited with his dear parents. And Marc is at peace, knowing he will be there to welcome those who follow him, especially his grandson Tyler.
Marc is survived by his wife Sherrie. It was his wish to be the best husband he could be, and he fulfilled that wish beyond measure. He was her rock, her love; he took a part of her with him. He is also survived by his son Brandon Hirschi, daughter Brooke (Travis) Williamsen, daughter Ashley (Miles) Reynolds, daughter Allie (Danny) Theurer, his adored 16 grandchildren, stepchildren Jocelynn Drake, Tyler (Caitlin) Drake, his sister Michele Hendrickson, brother Spencer (Sheila) Hirschi, brother Kim (Jackie) Hirschi, sister Karlene (Hugh) Love, his nieces and nephews, and his many treasured friends.

Marc was doing what he loved, camping in the mountains when he suffered a heart attack. His family expresses their deepest thanks to all who were involved in his care; Hugh, who drove him to the hospital quickly; the dedicated ER Staff at Franklin County Medical Center who worked tirelessly to revive him and cared for him until Life Flight arrived; the Life Flight crew whose skill and care kept him stable while he was en route to McKay-Dee; to the unbelievable ICU staff at McKay-Dee, who treated him with urgency, compassion, and respect, and made his last hours as peaceful as possible, with his family by his side. Because Marc was always there to help us in time of need, we know that if we ever drive off into the rhubarb, he will be there to guide us back.

It was Marc's wish to be cremated and hold a Celebration of Life open house. It will be held in Marc's honor on Saturday, October 2, 2021, from 1:00-3:00 pm at the Preston Community Park, 98 E. Oneida Street (next to the Oneida Stake Academy). Marc also asked that in lieu of flowers, tell all those you love how much they mean to you and cherish every day with them.

Arrangements are under the direction of Franklin County Funeral Home 56 S State Street, Preston. Please share a favorite memory or offer condolences to the family by leaving a tribute on this page.

98 East Oneida street. This park is behind the Oneida Stake Academy building