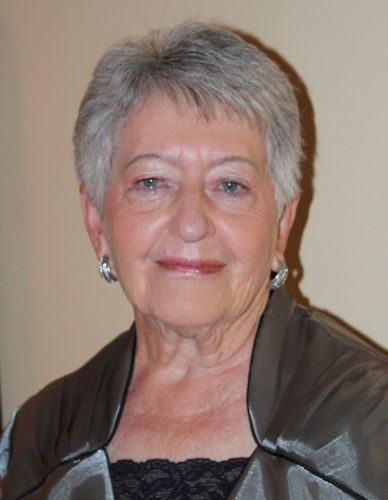 Inza Wheeler 86 of Hacienda Heights, California, and formerly of Preston, Idaho passed away on Thursday, April 16th at the home of her son in California.

Inza was born January 07, 1934, in Mancos, Colorado the daughter of Earl Hammond and Hazel Halls Hammond. She was raised and educated in Mancos, Colorado, where she graduated high school. She attended Ricks College in Rexburg for one year. She married Johnny Katich on July 11, 1953, and from that union, she had 5 children. Russell, Darren, Phillip, Jillyn, and Kyle. Inza and Johnny were later divorced. She then married Paul Shwartz on September 23, 1989, and they resided in Centerville, Utah. Paul passed away in 2008. She then later in life married Creed Wheeler of Preston. She resided in Preston until shortly after Creed's death, when she moved to Hacienda Heights, California with her son.

While she was married to Johnny, she owned and operated several Baskin Robbins locations. Her first location was in Longmont, Colorado. After a few years, she sold that location and relocated to Ogden, Utah, where she purchased two Baskin Robbins locations, later adding a third location in Clearfield, Utah. She was an active and involved owner of the business where she mastered her Ice Cream Cake decorating skills. She would also take these same skills and create masterful Ginger Bread houses for Christmas. She later sold the businesses and retired from Baskin Robbins

Inza was an active member of the Church of Jesus Christ of Latter-Day Saints her entire life.

She was preceded in death by her parents Earl and Hazel Hammond, one daughter Jillyn Johnston; a granddaughter Kristen Sumbolt; and two brothers Dill Hammond and Larry Hammond.

Graveside Funeral Services will be conducted at 2:00 PM on Friday, May 08, 2020, at the Preston City Cemetery, Preston, Idaho. Due to COVID-19 restrictions, we will hold a very brief 15-minute viewing at the cemetery prior to the services.

Funeral arrangements are under the direction of Franklin County Funeral Home, 56 S. State St. Preston, Idaho. Please share a memory of Inza or offer condolences to the family by leaving a tribute on this page or at www.franklincountyfuneral.com

Services for Inza haven't been added yet. Sign up below to be notified when the services are updated.